Both andouille and chorizo are pork sausages that are known for their bold and robust flavors. While the two sausages seem quite similar at first glance, andouille and chorizo actually have quite a few differences. In this article, we’ll delve into the origins and history of these sausages, explore their unique flavor and spice profiles, and discuss the differences in texture and appearance. We’ll also cover their uses in cooking and explore options for substitutions and availability. By the end, you’ll have a better understanding of the distinctions between andouille and chorizo, and be better equipped to choose the right sausage for your next recipe.

Andouille vs Chorizo Origins and History

Andouille is a spicy sausage that originated in France, specifically in the region of Brittany. It is traditionally made from pork and flavored with garlic, wine, and other spices. In the United States, andouille is most closely associated with Cajun cuisine and is often used in dishes like gumbo and jambalaya.

Chorizo, on the other hand, has a longer and more diverse history. It originated in the Iberian Peninsula, where it has been a staple of Spanish and Portuguese cuisine for centuries. Chorizo is also made from pork, and is flavored with a blend of spices that can vary depending on the region or country of origin. It is also often seasoned with smoked paprika, which gives it its distinctive red color. In addition to Spain and Portugal, chorizo is also popular in many Latin American countries and in the Philippines.

One of the main differences between andouille and chorizo is the flavor and spice profile. Andouille has a bold, smoky flavor with a slight heat. It is seasoned with a blend of spices that typically includes garlic, paprika, and white wine. The flavor of andouille is more subtle and complex than some other spicy sausages.

Chorizo, on the other hand, is known for its bold and spicy flavor. It is seasoned with a blend of spices that often includes smoked paprika, garlic, and cumin. The combination of these spices gives chorizo its characteristic reddish color and deeply flavorful, slightly spicy taste. Depending on the specific recipe, chorizo can range from mildly spicy to very hot.

Andouille vs Chorizo Texture and Appearance

Another way to distinguish andouille from chorizo is by the texture and appearance of the sausages. Andouille is a firm sausage with a coarse texture. It is typically made from coarsely ground pork and has a distinctive spiral pattern when sliced.

Andouille vs Chorizo Uses in Cooking

Andouille and chorizo can both be used in a variety of dishes to add flavor and spice. Andouille is often used in Cajun and Creole cooking, and is a key ingredient in dishes like gumbo, jambalaya, and red beans and rice. It can also be grilled or fried and served as a standalone sausage.

Chorizo, on the other hand, is versatile and can be used in a wide range of dishes. In Spain and Portugal, it is often eaten as a snack or tapa, and is also used in dishes like paella and Spanish omelets. In Latin America, chorizo is often used to flavor soups, stews, and other dishes. Mexican chorizo is often crumbled and used as a seasoning for tacos, burritos, and other dishes.

Both andouille and chorizo are widely available at specialty stores and many supermarkets. Andouille can typically be found in the fresh or smoked sausage section, while chorizo can be found in the cured meat section. If you have difficulty finding either sausage, you may be able to find them at a local butcher shop or online.

Conclusion: Which is the Best Choice for your meal?

Ultimately, the choice between andouille and chorizo comes down to personal preference and the specific recipe you are using. Both sausages are flavorful and spicy, but they have their own unique flavor profiles and characteristics. Andouille has a bold, smoky flavor with a slight heat, while chorizo is known for its bold and spicy flavor with a hint of smokiness. Andouille is a firmer sausage with a coarse texture, while chorizo can be drier and firmer (Spanish chorizo) or softer and more crumbly (Mexican chorizo).

If you’re not sure which sausage to choose, consider the specific flavors and textures that will complement your recipe. Both andouille and chorizo can be used in a variety of dishes, but they may work better in some recipes than others. Experiment with both sausages and see which one you prefer. 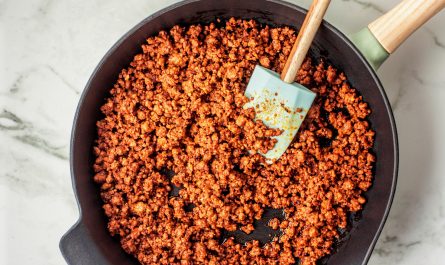 Chorizo How Long to Cook?